Moaan is a company which has been invested by Xiaomi. Its first ink screen device, W7, was once very popular. Recently, they launched a new e-reader, inkpad X

Compared with other e-readers of the same size, this price is relatively cheap.

The design style of Moaan inkpad X is very close to that of W7. They are all large-size devices, but the W7 is 10.3 inches, inkpad X is 10 inches.

The biggest difference is that inkpad X changes the color from W7’s pure white to black.

Inkpad X has a narrow bezel (compared with other e-readers), and the thickness is similar to that of the W7. The bottom border is larger, decorated with the silver-white logo “Moaan”, which also acts as the home button.

The red power button on the top is retained, and the ports are mainly concentrated at the bottom, including speakers, microphones and type-C interface. 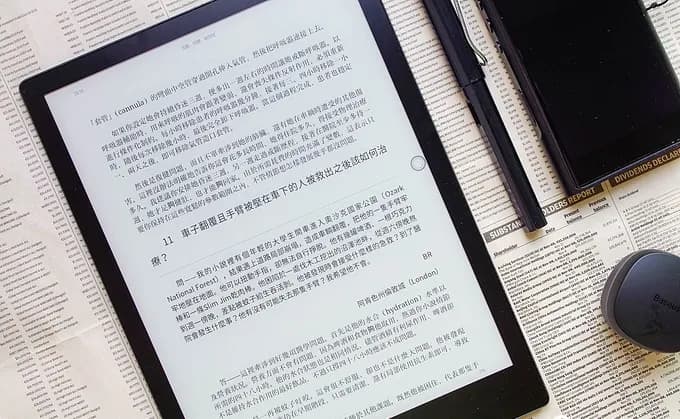 The screen is made of plain glass, and the surface of the glass is etched with 10% haze. On the one hand, it can prevent glare reflection, and it is closer to the paper feel, on the other hand, the light transmittance of the glass is better than that of the traditional PMMA material. Even if you look at the text closely, it can be very clear and natural.

Inkpad X does not support the digital stylus. Unlike Moaan W7 and other ink screen devices of the same size on the market, inkpad X mainly aims at reading function.

Compared with the most common 6-inch e-reader, the display size of Moaan inkpad X is about 2.8 times that of the traditional 6-inch e-reader, and the large screen can bring a better reading experience.

Moaan inkpad X can display the contents that may take three pages to display with a Kindle. When you read a manga book, you can see the details of the characters and the text without zooming.

Inkpad X’s operating system is based on Android 8.1, which means you can install other third-party applications freely.

Common document formats such as TXT, PDF, ePub and even MS-Office documents can be perfectly supported. Of course, you can install the Kindle app to access Amazon’s e-book resources.

Moaan inkpad X has 32GB of storage space, enough to store tens of thousands of e-books. 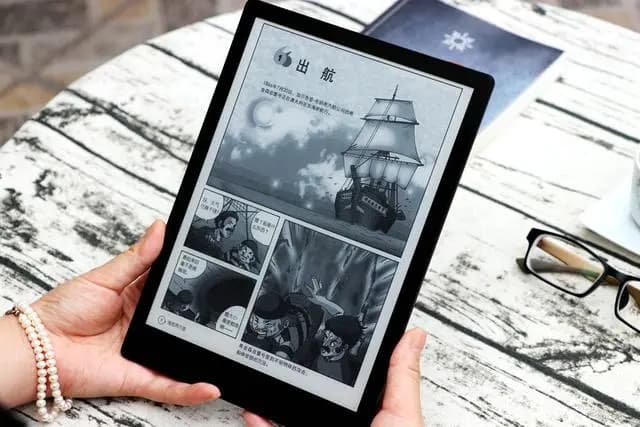 In addition, large screen is also the most suitable for viewing PDF files. Moaan inkpad X also has advanced optimization for PDF.

In the built-in reading app, Moaan inkpad X comes with its own custom page-cutting function. What’s more surprising is that it also supports the re-typesetting of scanned PDF files, which can only be realized by installing plug-ins after prison break on Kindle.

The biggest difference between Moaan inkpad X and W7 is the backlight.

Moreover, the brightness distribution of the backlight is also very balanced, which is very important.

The Moaan inkpad X is also equipped with a microphone and speakers, you can listen to books and songs after some Android music apps are installed.

With the microphone, you can install some voice input apps, which can avoid the problem of slow response of typing on the e-ink screen.