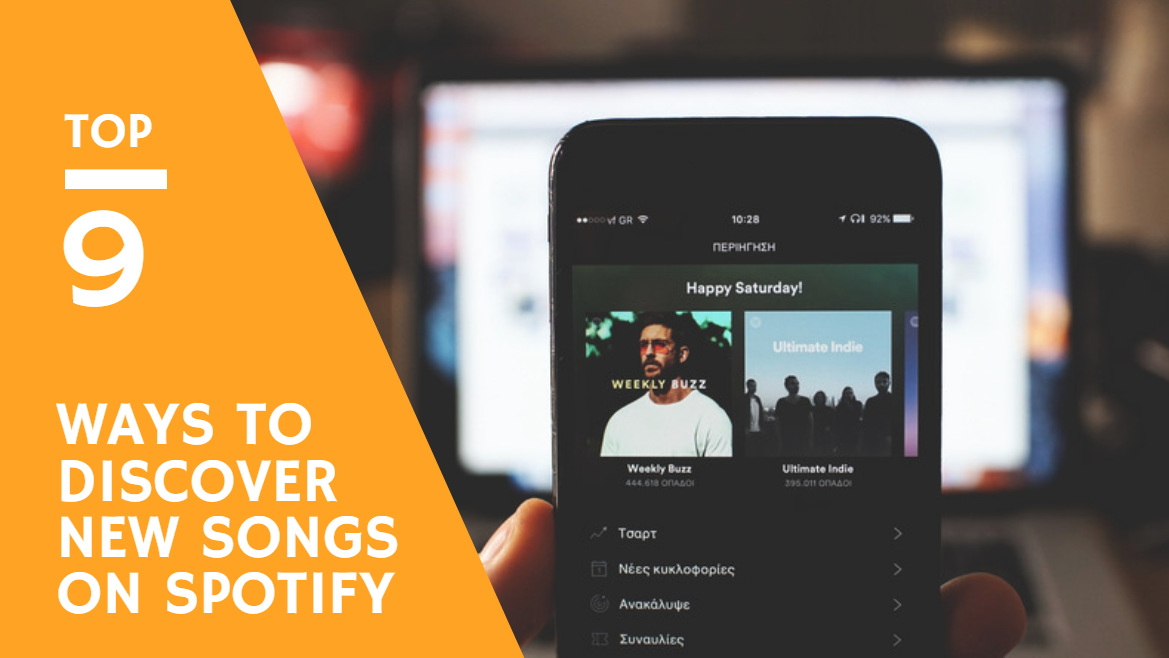 I don’t know if you have ever met the “song shortage” time: you are basically tired of the songs in the music collection, and you want to find some new songs to listen to, but suddenly do not know what to listen to.

If you want your ears to be filled with music in time and keep finding new songs as much as I do. So you could try the following nine ways to find new music in Spotify.

Daily Mix can be understood as a daily recommendation list, updated once a day. It’s not like some music services that mix all the songs with different styles together, but it automatically generates six lists of different styles according to your listening preferences, which has the advantage of being more adaptable to different listening scenes and moods.

Daily Mix is not full of new songs, some of which are from the songs we add to the library, and a small number of new songs, so that you can not only listen to your favorite music, but also find the same kind of new songs.

The Daily Mix will make constant improvement as you hear more songs. You can also tune these lists by choosing “like / dislike” to make their recommended algorithms more appropriate to you.

If you’re looking for new songs you’ve never heard before, try Spotify’s official Discover Weekly list. This list is updated once a week, at the same time, it could automatically generate based on your playback history and similar users.

However, you may need to be more open, because it doesn’t distinguish styles of songs, so all the songs are mixed together. If you hear what you don’t like, press the “dislike” button decisively to let Spotify know your like; if you hear what you like, follow the songs, singers and albums to find more similar music.

Release Radar is a list of songs similar to Discover Weekly, and when a new song from the singer that you have been following or listening to in Spotify comes out will appear here.

In other words, Release Radar is more concerned with recent releases of new music than the music you haven’t heard before. Besides, it will also recommend some new songs that you might be interested in depending on your preferences.

Fresh Finds is similar to Discover Weekly but pays more attention to the new songs and singers that have not been discovered by the public.

Spotify uses its own algorithm to predict which kind of music will become more and more popular, and then recommend the singles and musicians ahead of time to you.

Discover page: based on heard of singer recommendations

Autoplay: keep music in your ear all the time

In the Spotify setup, there is an option called “Autoplay,” which, when turned on, will automatically play back the same type of song, whether you’ve just played the album or the list of songs, keeping the Spotify in the state of play and keeping your ears full of music.

If you are looking at a list of the regularly updated songs, such as Billboard, you can use the IFTTT service, when Billboard updates, it could push a notification to your phone and you could click to jump to Spotify to listen directly.

In fact, with the above-mentioned methods, there are a few at last created out of the same effect. You might find these features a bit repetitive, but in fact each of us is looking for new songs with different motivations, moods and scenes, under the circumstances, what Spotify does well is that it provides us with a variety of discovering ways to find out the music you want through Spotify with whatever reason you have.